Alex is 6 years old. His birth (which I documented here) feels way longer ago than 6 years. He's old enough now that he has his own special interests.

He loves video games. Any time he comes in my office to tell me something, he stops mid-sentence and gawps with his mouth open at my monitor before asking me what I'm doing.

Recently he's got into Minecraft. Hugely into it. To the point where we're worried that it's making him autistic. The first thing out of his mouth when he wakes up in the morning is a Minecraft fact. At night he watches Stampy, plays Minecraft on his iPad and then goes to sleep thinking about both of them. 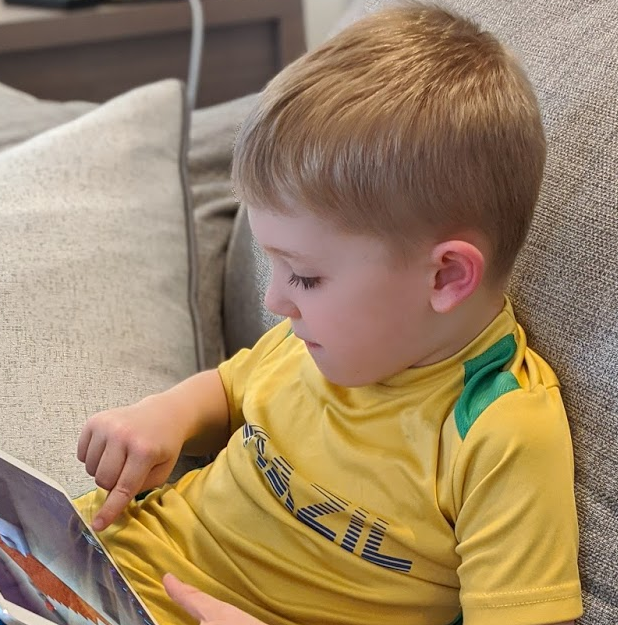 He even makes posters for Stampy 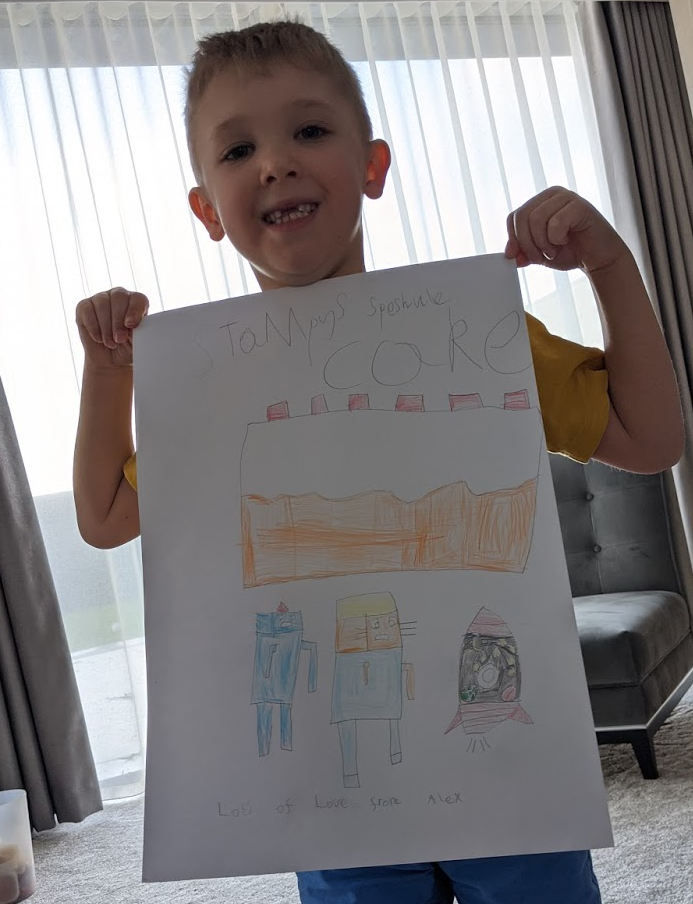 Sarah would prefer to limit it. I know from experience when I was a kid that by limiting it you're making it more precious. So I prefer to give him full access and let him get bored of it - because he's got to eventually - right?

Plus it's got its benefits. Since he's starting playing his reading has got immensely better. He's gained the ability to quickly see, recognise and read words within a fraction of a second, down from about 3 seconds a word.

We've got a cinema in our house (big woop). One day I let him play Minecraft on it. When he saw it on the big screen he said it was perfect because then he could record it with a camera like Stampy. This made me laugh, the idea that streamers need a huge screen to be able to record while they play, but I explained to him how they do it.

So then I showed him how to record the screen on his iPad. When he saw it work he did that dance that kids do, where it's like they really need the toilet.

Here's the result of the first time he did it. I wasn't involved in this at all - I just took it off his iPad and uploaded it to my youtube.

It's so funny to me how he mimics a Stampy's inflection. The phrases he wouldn't say in real life - like "welcome" or "this episode". The fake upbeatness of it all. There must be millions of young kids around the world right now that are stream-capable without even thinking about it.

The day after I uploaded it I told him it'd had 6 views. He was blown away - it had exploded and gone viral on him. He's a superstar. He wanted to get right to work on a new video. I told him that real streamers only make one video a week.