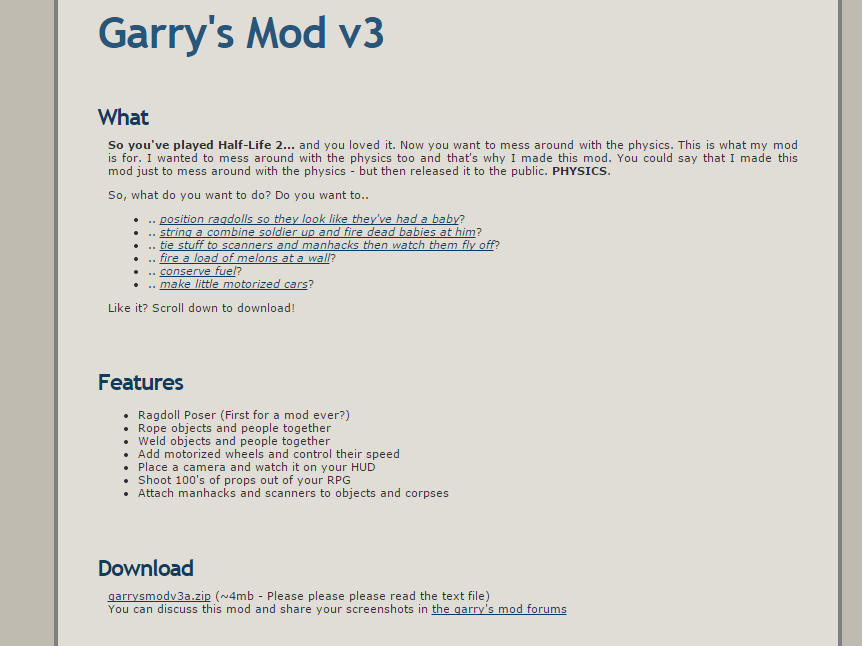 It's funny because I had no idea what I was doing. I didn't use any source control. If I did something that resulted in a crash and my undo buffer didn't fix it I ended up in extracting the SDK again and starting from scratch. It wasn't up until version 7 or 8 that SVN was used and I actually understood all of the changes I was making. 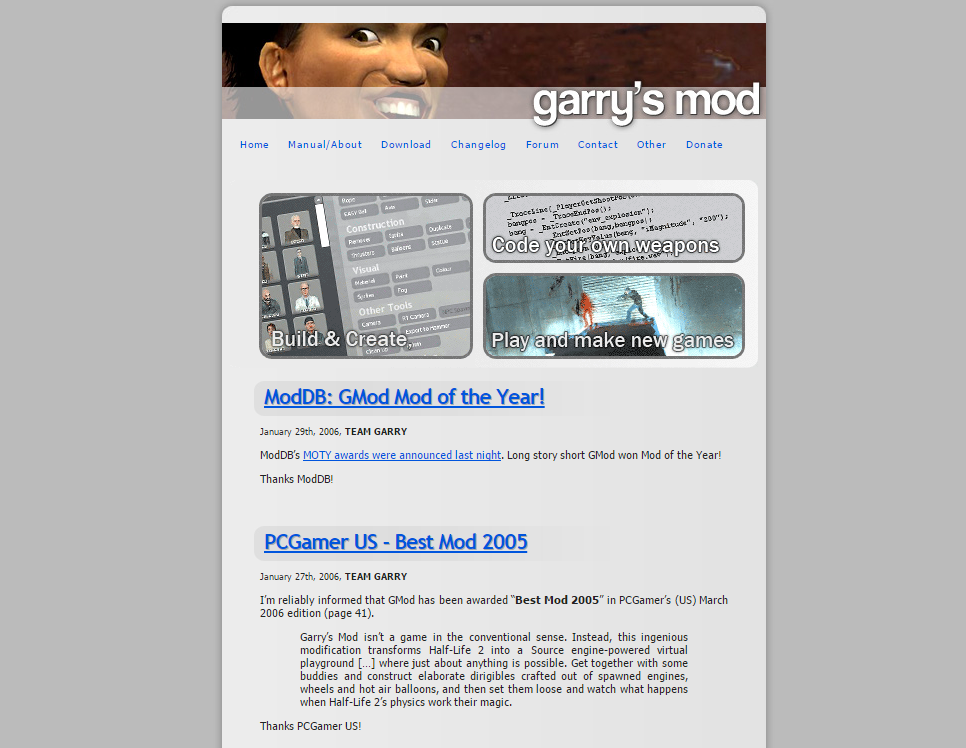 When Erik@Valve asked if I'd be interested in selling GMod on Steam I thought he was crazy. Who the hell would buy it when it's available for free? Luckily - he asked me again. This time I'd given it some thought, I'd thought about all the things I could do to it. And I said yes.

Coincidentally Valve held the first Steam Dev Days a couple of months later and flew us out there. I had a meeting with some of the Valve guys to discuss the plans for GMod. It was hard to concentrate because Barney from Half-Life 2 was there. I'm also pretty sure Doug Lombardi wanted to kill me.

We didn't know whether people would buy Garry's Mod. Whether anyone would care. Neither did Valve. So it was pretty impressive that it took down Steam temporarily when it was released (Steam was in its infancy at this time). That first day peak was about 5,800 sales, then dropped off to averaging around 300 sales a day. I was over the moon, how long would this last! For perpective, in 2014 our peak was 152,000 sales in one day, and our daily average was 7,500. 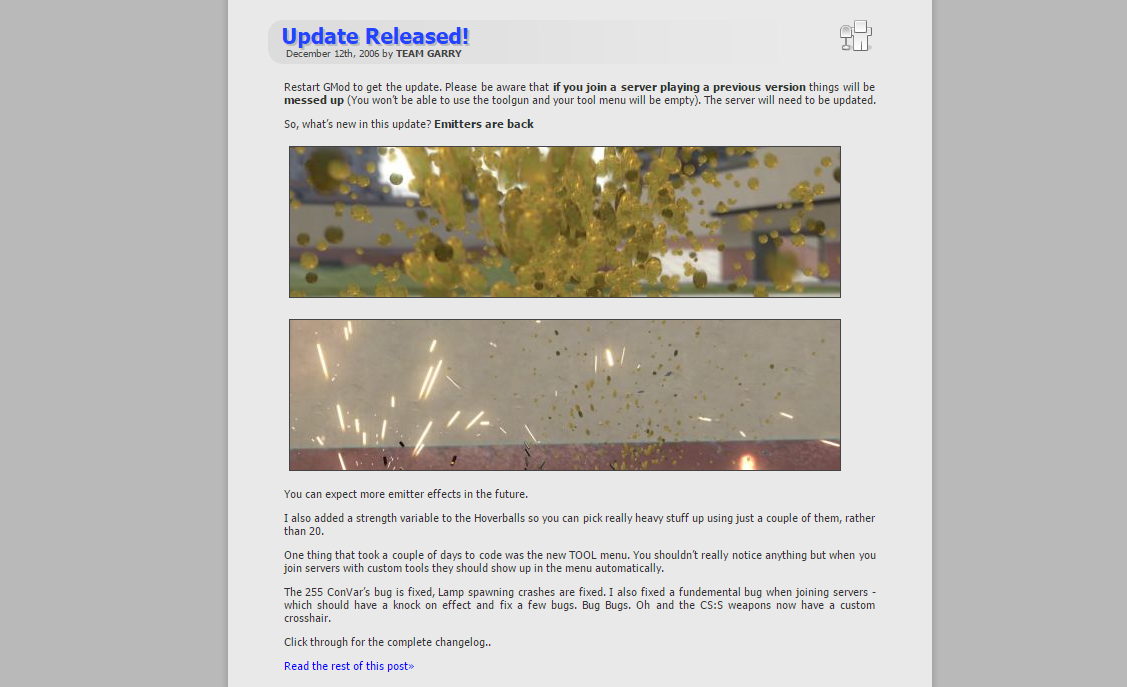 The next few years were spent updating and improving the game. I rented an apartment. I was spending more and more of my time doing paperwork so I enlisted Craig, my best friend from school, to take care of all the bullshit stuff. We created a company called Facepunch and got an office which was not far from my apartment. (Then I bought a house, so we got a new office which is not far from my house)

So I guess what I'm saying is.. Happy Birthday Garry's Mod, thanks to everyone who contributed to it, thanks to everyone that bought it and thanks to Valve for creating Steam and giving me a career and letting me bring people along for the ride.
Turn your phone to view blog list