In the PC world - particularly in gaming PCs, this is considered cool. 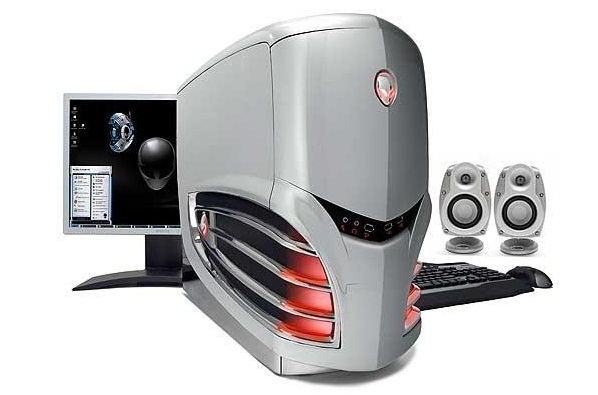 Now maybe it's an age thing but to me as a 30 year old PC gamer that looks horrible. I don't want my PC to look like future Biff Tannen's hoverboard boots covered in lights. I want a nice clean PC that doesn't look out of place in my nice clean house.

Maybe I want to change a hard drive, or the graphics card, or add more RAM - I want that to be easy - I don't want to fight through hundreds of cables and struggle to get my big fat hands between lagged bits of plastic to release a catch. 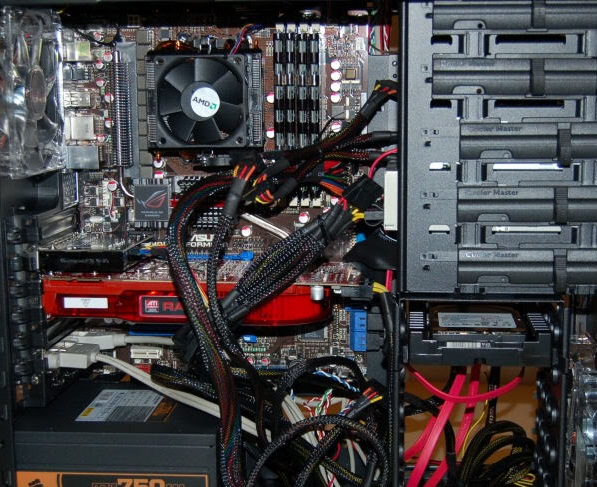 Have you ever seen inside a Mac

Even if you're not an apple fanboy it's something you should look at. Just because it's so well done. I know this is going to sound like an Apple fanboy banging on about how great Apple are - but it really isn't. I would love to see a PC manufacturer make hardware this well designed, this focused, this nice. And I wouldn't mind paying an extra couple of quid for it either. 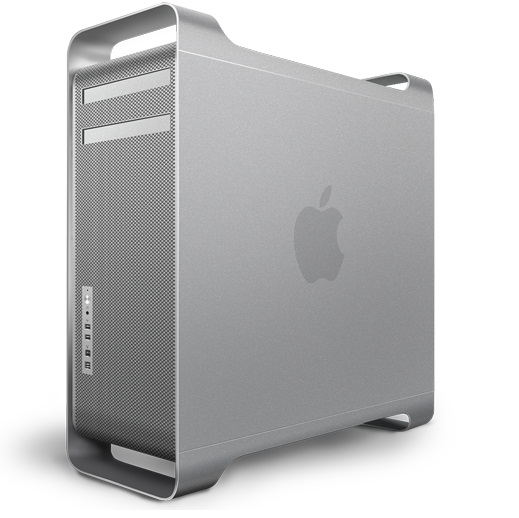 So the outside design. It might not appeal to everyone. To me, I like the legs on the bottom - and although I probably wouldn't have chosen the handles at the top - they really come in useful when or if you have to move it. It's very simple looking, functional and clean. Compare that to the alienware above.

The back is also very organised. It has a level - when you pull it, the side panel falls off. But it's really when you look inside that you truly appreciate how much design work has gone into it. Everything inside has been custom designed, custom made to make your life easier. And really - on the inside - it's a PC. The components are there, you can take them out, replace and upgrade them. There's the memory, CPU, GPU, hard drives, optical drives. 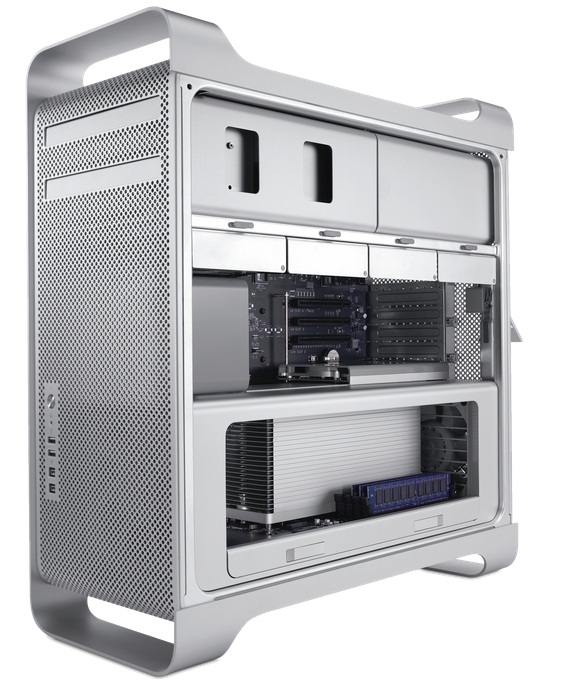 One thing you might notice in that picture is the complete lack of cables. I mean, the only cables I'm able to find in the whole thing are the cables for the optical drives, and optional power cables for the graphics cards. The hard drives all slot straight into the motherboard.

The bottom section with the memory on actually detaches and slides out from the main motherboard. You just pull these two latches and it comes sliding out. 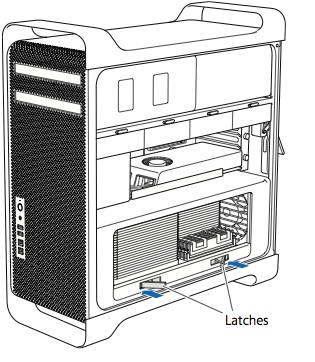 This tray also contains the CPU. 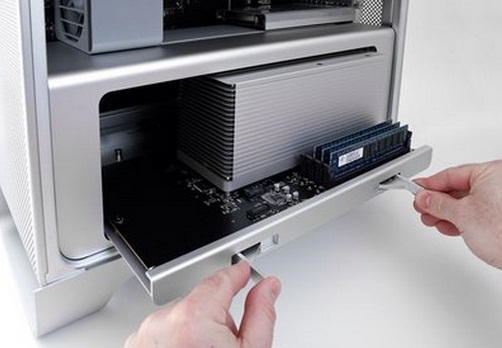 That big silver box is the CPU. You can get them with dual CPUs too. 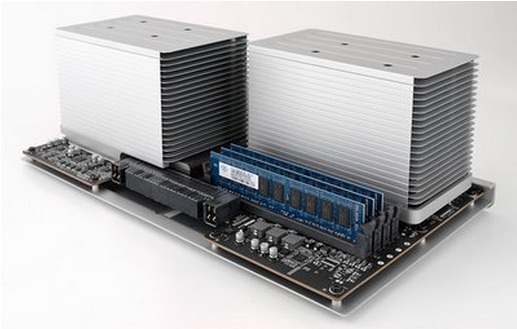 If you wanna see more (there's a lot of cool features) take a look at this video. (the guy talks a lot about nothing, but it was the best video I could find that shows you the good stuff)

What are we doing?

But maybe that isn't the way it should be working anymore. Compared to the design of the Mac Pro - our PCs are an ugly, outdated, black, plastic joke.

Think about the cables in your PC. Most of these can be eradicated by designing the case and the motherboard together - and shipping them as one. The CPU, memory and graphics card is still up to the PC builder. USB, power, reset, HDD LED, power LED, sata, sata power, atx power - all these cables are no longer needed - because the motherboard is integrated with the case.

Why isn't this happening?

Maybe PCs don't sell anymore? Maybe everyone is buying laptops and iPads? So maybe it's not in anyones interest to do this, to champion and bring PCs up to date, to make them relevant. Maybe the way forward is the iMac style, where all the workings are built into the monitor.

I don't know. Before I bought a Mac Pro (and installed Windows onto it) I searched far and wide for an alternative. The hunt for a modern PC continues - but in the meantime Apple have my soul.